I began thinking about how I would decorate my first child’s nursery pretty much as soon as my biological clock began making some noise, around five years ago.  By the time I found out I was pregnant I had the future nursery theme narrowed down to three ideas.

Idea one, while cool for a kids room, would be perhaps be a little too spooky for a baby.  Plus it requires a very large budget in order to get the right (custom) furniture to fit in 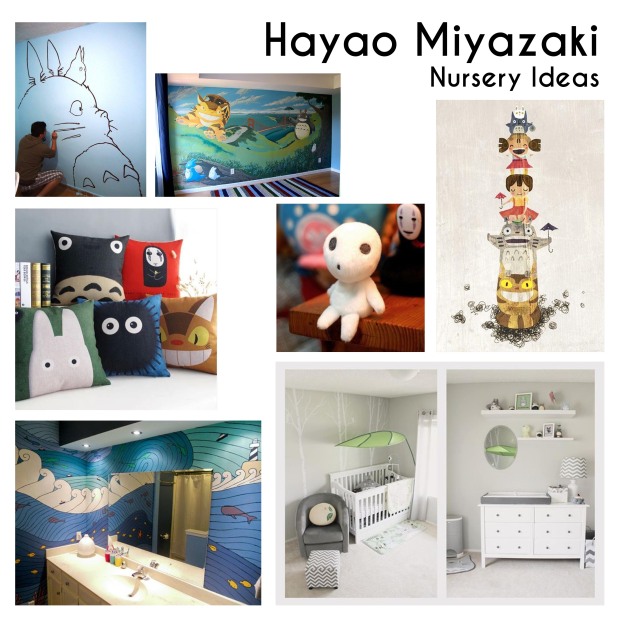 Idea two would be plenty do-able on a budget, but require a pretty large time investment.  With this theme I would want to make pillows and bedding myself, as well as create a large mural spreading across all the walls that incorporates the kid friendly movies that he has worked on.

Idea three would be the simplest to do because of its popularity with the masses.  There are lots of items that could be purchased, for reasonable prices, rather then made from scratch or purchased from a custom design specialist.

After it became clear to me my pregnancy would be more difficult than most (thanks to a relatively rare condition called hyperemesis gravidarium) it also became clear that I wouldn’t be able to spend the kind of time necessary to make the Miyazaki room stand out, and with hospital bills mounting, I knew that the Alice in Wonderland custom furniture bill would be too high.  So by default, the Star Wars Nursery was the way to go for us this time around.

While it was chosen because it was the easiest route, there are still a lot of fun projects to tackle on the way to making this room stand out.  Stay tuned for upcoming posts on our ‘storage’ room to nursery room conversion!

One thought on “Nursery Themes”